The new Jomar IntelliDrive™ Series of injection blow molding (IBM) machines are a tremendous leap forward in the world of plastics processing. Harnessing the best attributes of both electric and hydraulic machines, the Jomar IntelliDrive™ Series of IBM machines use servo-driven hydraulics to achieve the energy savings and precision of electric machines, yet retain the robust strength and economical replacement costs of hydraulic components. 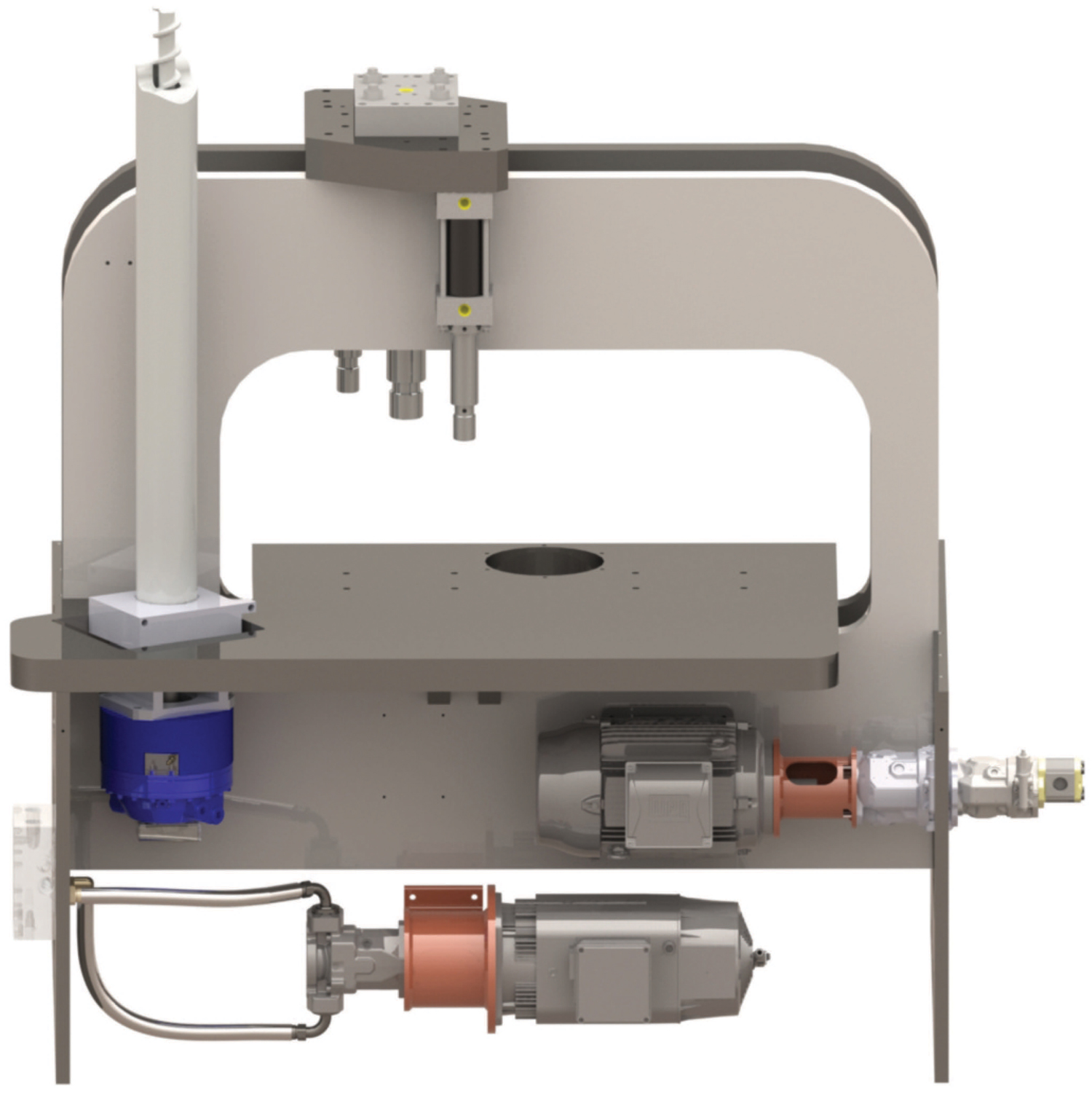 Advantages of the IntelliDrive™ Series 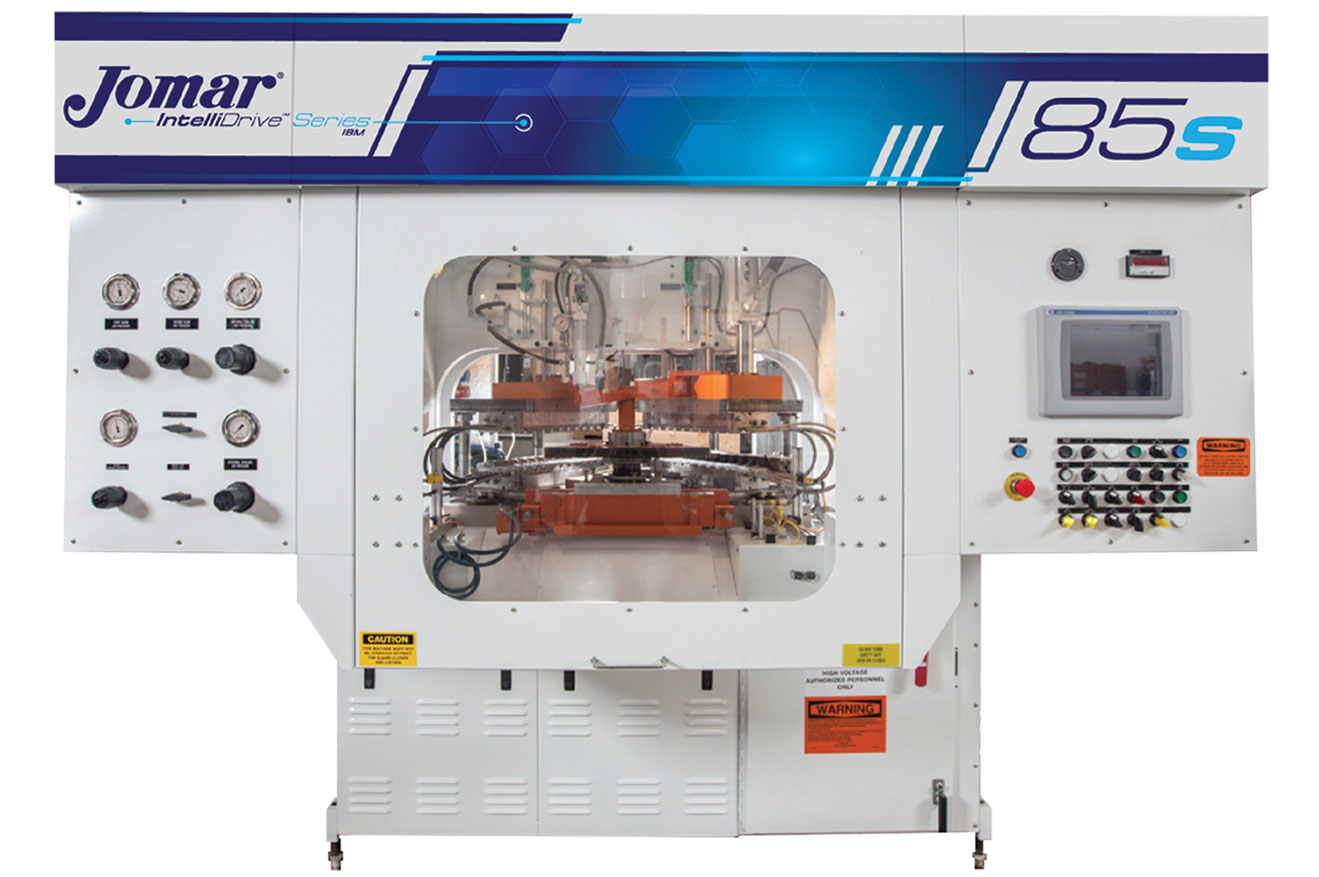 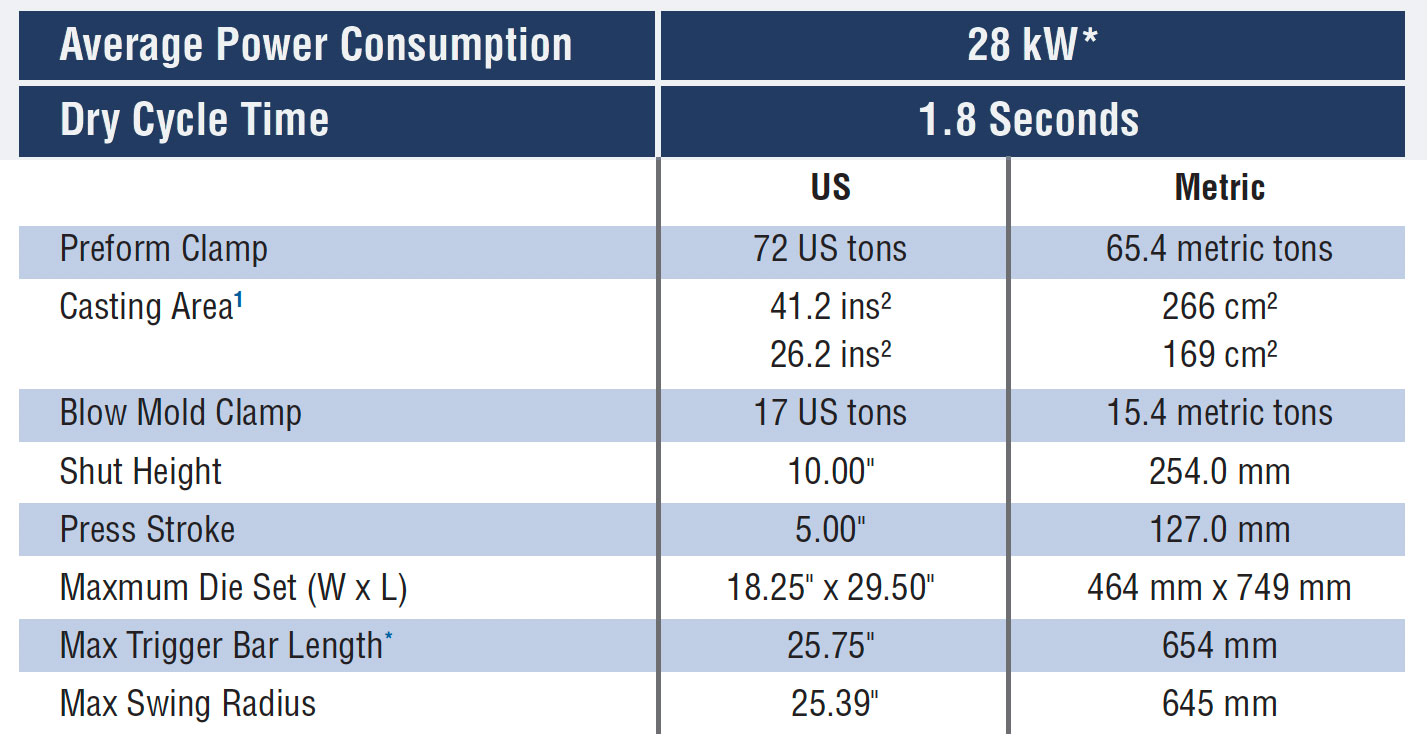 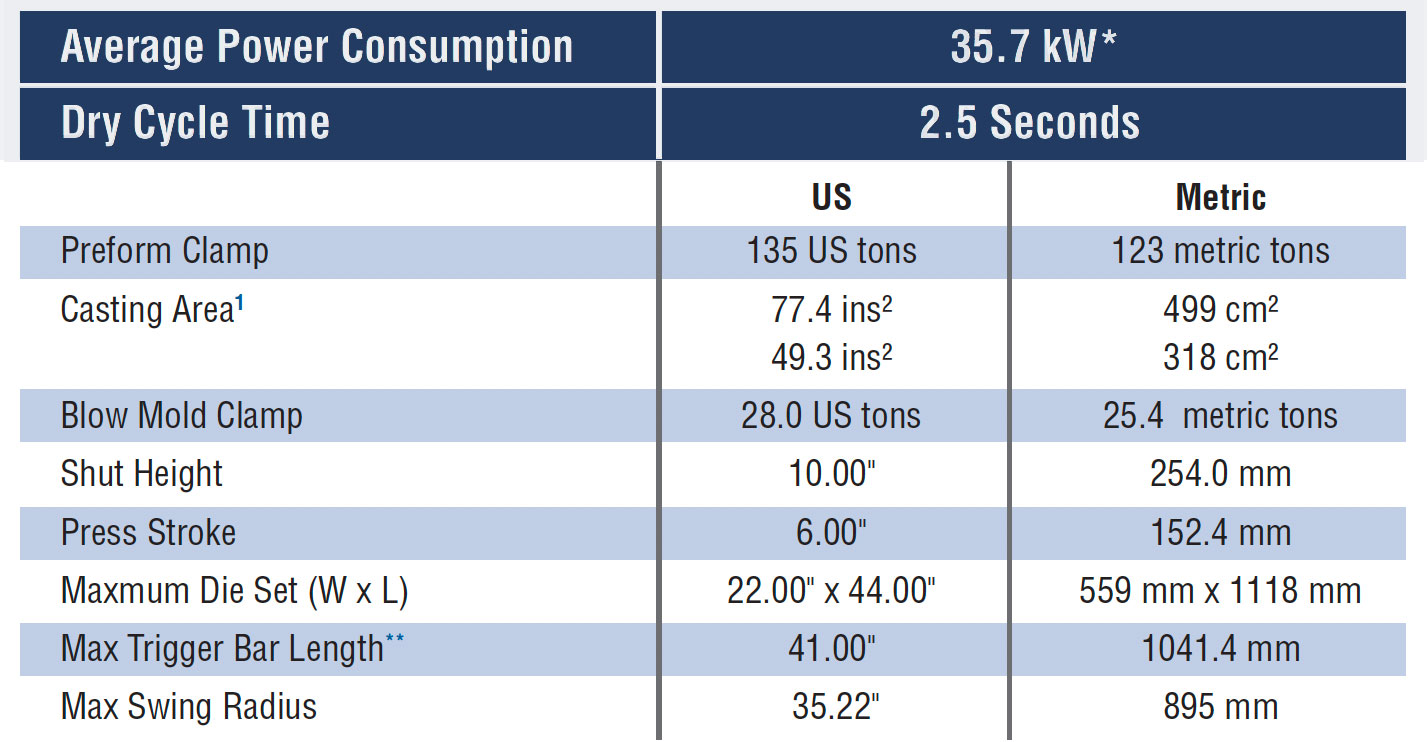 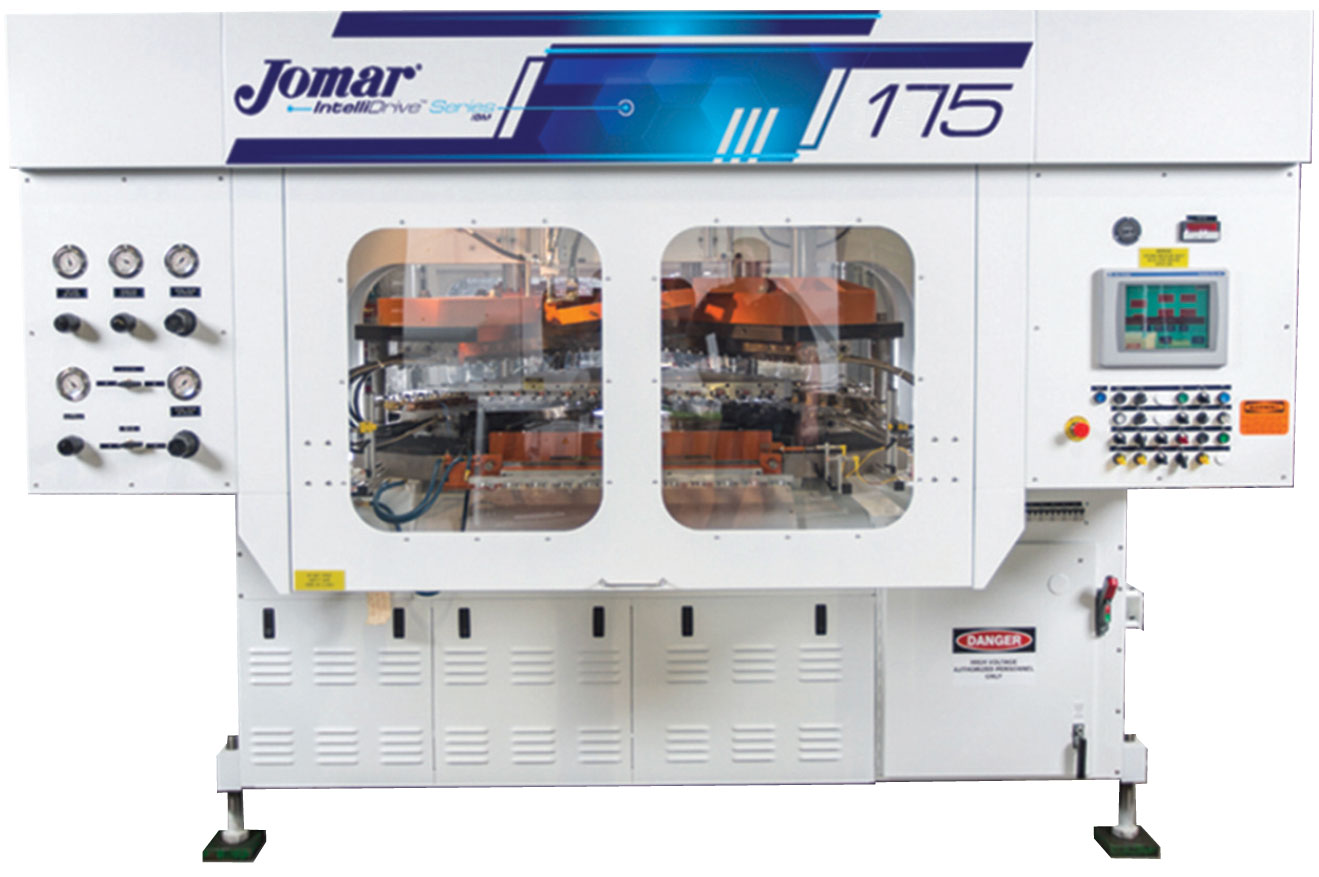 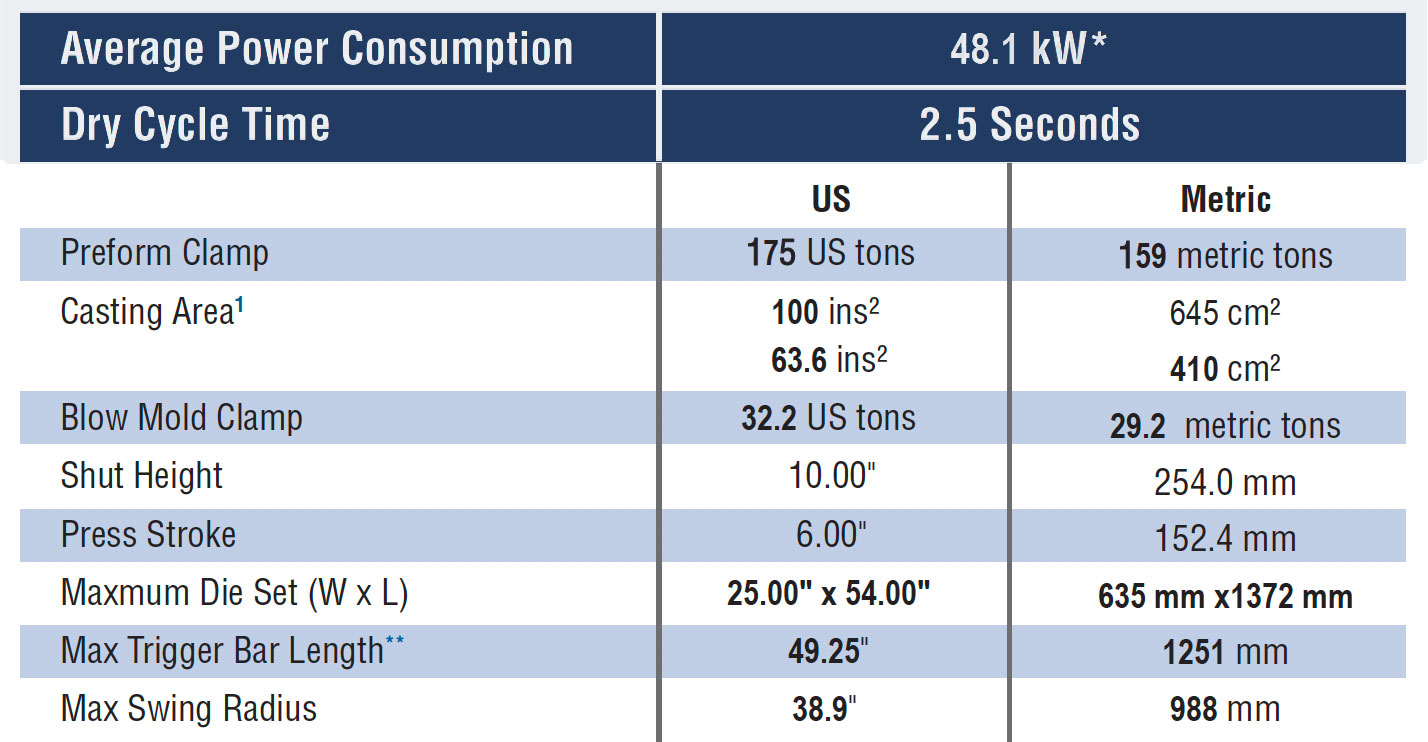 Some of the benefits of the Jomar IntelliDrive™ Series of IBM machines are derived from the unique motor that drives the plasitifier. As opposed to a vane motor used in the standard Jomar hydraulic machine, the Jomar IntelliDrive™ Series of IBM machines use a radial piston motor, the first time such a motor has been used in this application. Traditionally used in heavy machinery for mining, agriculture and construction, radial piston motors optimize the relationship between the pistons, rollers and cam profile to create a motor that has tremendous volumetric efficiency and high power density. They are also known for their long service life and ability to withstand some of the detrimental side-effects of production such as shock and being over-energized.

Jomar customers running engineering-grade resins or those that use the non-split method of filling the cavities will appreciate the greater torque from the stalled hydraulic motor and customers running at maximum output will certainly notice the extra RPM generated by the motor.

The Jomar IntelliDrive™ Series of IBM machines utilize the same frame and have the same footprint as the standard hydraulic machines, which presents numerous opportunities for retrofits. Every existing Jomar machine is viable for some degree of retrofit.

One level of retrofit that applies to all Jomars would be to replace the existing plastifier motor with Jomar’s radial piston motor. Customers would experience greater volumetric efficiencies and require less tower water to cool the hydraulic system. They would also experience increased screw speed of 4-8% and increased reliability without huge replacement costs. This retrofit can actually be executed in the field without the aid of Jomar technicians.

Higher levels of retrofit would require the machine to be returned to Jomar for evaluation and service, but many machines are capable of accepting the servo drive system, which would create energy savings and renewed life to even some of the oldest Jomars. Contact the Jomar sales office for details.

More than half of the injection blow mold machines in use throughout the world today were built by Jomar.
Contact us today to put our 50 years of industry expertise to work!

Jomars around the world